If you spent the past few weeks following HBO Max’s hit culinary show, The Big Brunch, created and hosted by Emmy® winner Dan Levy, you were probably thrilled to see three Virginia chefs compete with seven other undiscovered culinary voices from around the country. But that excitement hit a new level when (spoiler alert!) Richmonder Daniel Harthausen, the mastermind behind pop-up restaurant Young Mother, was named the winner of the Big Brunch and awarded a life-altering $300,000 cash prize to build the restaurant of his dreams.

Chef Daniel Harthausen was born in Seoul, South Korea, but his family moved to Virginia’s Hampton Roads region shortly after, exposing him to local American cuisine from a young age. But although Daniel spent many of his formative years in Virginia, he still held onto his cultural roots, and as he began his culinary career, Harthausen paid homage to his Korean background in the original dishes he created.

FROM BEHIND THE BAR TO HOLLYWOOD

Yet, while his experience spans nearly a decade in the restaurant world, things didn’t begin to take off for his personal culinary dreams until he took a position as the bartender at Jackson Ward’s Restaurant Adarra. 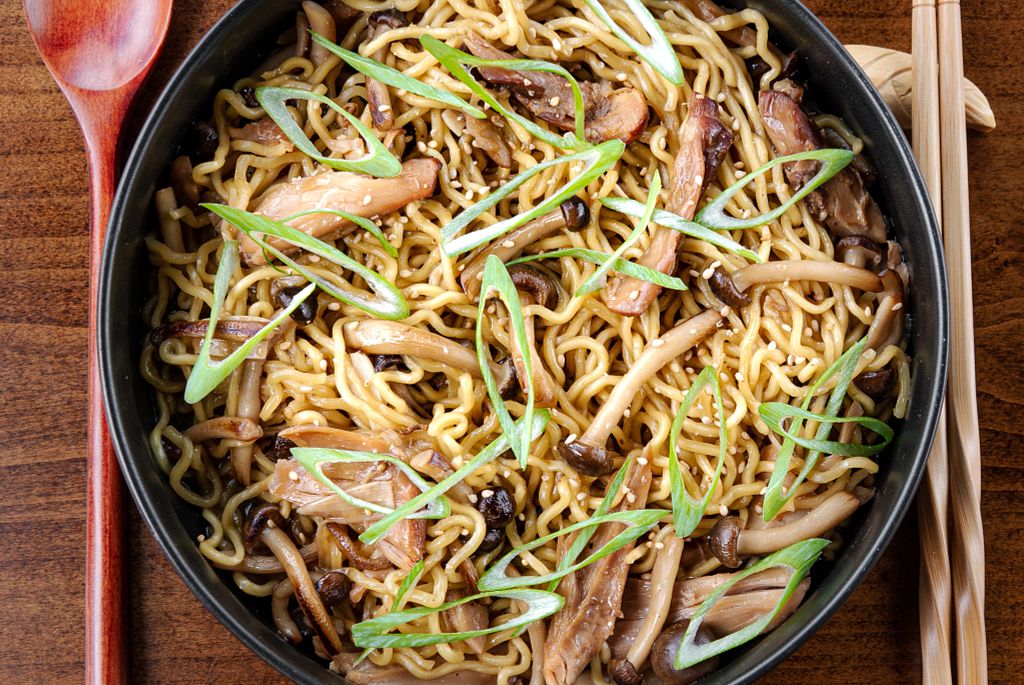 The support and encouragement from the staff motivated Harthausen to explore his culinary heritage with Young Mother, a pop-up dining experience that focused on Korean and Japanese cuisine. Named for his own mother, this popular event-based brand reads like a love letter to Harthausen’s family and culture, and as you’d expect with truly inspired cuisine, the rich broths and hearty dumplings made by Harthausen often have people lining up around the block for the chance to dine on his delicious creations.

While Daniel began to follow his passion for food, the unexpected happened; a casting director following Daniel’s pop-up on Instagram sent him a message, asking if he would be open to applying for a spot on a new HBO show, The Big Brunch.

After many Zoom calls and interviews (and months of waiting), Harthausen was chosen as a contestant, representing Virginia’s diverse and critically-acclaimed culinary scene alongside Charlottesville Chef Antwon Brinson and Norfolk Chef Kip Poole. The ten chefs traveled to Hollywood, holing up for over a month as they filmed the show and competed for the grand prize of $300,000 and the title of “The Big Brunch Season One Champion”.

A FEW OF THE WINNING DISHES

So how did Chef Harthausen come out on top in “The Big Brunch”? Each week, viewers were introduced to a new theme, and contestants were asked to create a brunch starter and main dish that aligned with that theme. While Harthausen cooked up impressive dishes throughout the competition, select dishes were heaped with praise from the judges.

In the third round, focused on the “Farm to Table Brunch”, Daniel presented Boy Choy Ohitashi with black trumpet mushrooms. El-Waylly remarked, “There is so much depth in that broth, so savory.” Guidara added, “I could just drink the broth.” The second course of the day from Daniel was Braised Daikon with Togarashi Butter Sauce. Daniel explained the dish, saying, “A lot of what I do is trying to find similarities between Japanese and Korean cuisine, so I wanted to do something that looked really beautiful and really delicate, but then was really flavorful and had a lot of depth.” In response, the judges awarded Chef Harthausen with a second-week-in-a-row “Best in Brunch” win.

In week six, “Picture Perfect Brunch”, Chef Harthausen came up with Tamago Dofu with Rice. Rather than moving on to the main course, the judges offered them the chance at a do-over. Daniel responded with The Okurito, a Korean barbecue chicken burrito. “I think this is what we call a redo,” Levy exclaimed. He followed with, “You’re a **** star!” (HBO’s freedom from traditional broadcasting guidelines allowed for colorful language throughout the show).

In “The Big Pitch”, the season finale of “The Big Brunch”, the final three contestants were paired with renowned chefs from similar culinary backgrounds to act as mentors. Daniel teamed up with JJ Johnson, a James Beard award-winning chef who has a lot of experience with turning pop-up dining experiences into restaurants. He focused on highlighting Richmond’s diverse dining scene in the finale, serving an impressive spread of Sunomono cucumber salad, Chawanmushi steamed egg custard, and Chicken Katsu Curry.

When discussing Daniel’s journey on the show, Dan Levy commented, “The one thing that I can say concretely about eating your food over these eight brunches is that it is next-level delicious. You have such star power in this space.”

A QUICK Q&A WITH DANIEL HARTHAUSEN

After his Big Brunch win, we spoke with Chef Daniel Harthausen to ask about his ties to Virginia and how his home has inspired his culinary career.

Are there any Virginia restaurants or chefs that have inspired you creatively?

Being self-taught, I’ve done a lot of learning actually working in kitchens. I wouldn’t say that I find inspiration from any singular chef but I will say that the time I spent working as the bar manager for Restaurant Adarra shaped a lot of my style as far as menu development and service structure.

When I’m feeling uninspired I’ll make a trip to Annandale to the official/unofficial Koreatown visiting some of my favorite Korean restaurants like Choong Hwa Won and To Sok Jip!

What are some of your favorite dishes/foods?

I’d be lying if I didn’t say Pho is my favorite meal. Some spring rolls and a big bowl of soup are consistently my go-to comfort meal. If I’m feeling nostalgic, Korean stews are always my first choice. Gamjatang (pork neck and shiso stew) and kimchi jjigae(kimchi stew) are my two favorites.

What are some of your favorite places to visit in Virginia?

I finished high school in Newport News and during my time there I became really close with my best friend’s family. They are generous enough to open the doors of their waterside home on the James River to me whenever I’m feeling overwhelmed.

We’re dying to know! Are there future plans for a permanent restaurant location?

I’m hoping to have a brick-and-mortar by 2023 here in Richmond, Virginia. I’m keeping the Young Mother brand and hope to make the progression to a standing restaurant an exciting one!

LIFE AFTER THE BIG BRUNCH

Stream HBO Max’s The Big Brunch now to watch Chef Daniel Harthausen create the unique, innovative recipes mentioned above that “wowed” judges Dan Levy, Sohla El-Waylly, and Will Guidara, ultimately helping Harthausen beat out the competition to become the season one winner of “The Big Brunch”. Then, follow Young Mother’s Instagram account for news of upcoming pop-ups and other culinary adventures, including the possibility of Daniel’s dream of a brick-and-mortar restaurant becoming a reality.

To summarize the bright future of Chef Daniel Harthausen and his restaurant, Young Mother, we’ll quote showrunner Dan Levy: “It’s a great name, and it’s going to become a name that people know.”