Steeped in both Colonial and Civil War history, Fredericksburg is located roughly halfway between Richmond and Washington, D.C., providing the perfect weekend getaway for those in either capital city. While rich history is definitely available in droves, the city has a plethora of entertainment options, from award-winning breweries and restaurants to a wide assortment of shops in the downtown area. Take a Friday off work and use this step-by-step guide to Fredericksburg for a relaxing long weekend away from the office. 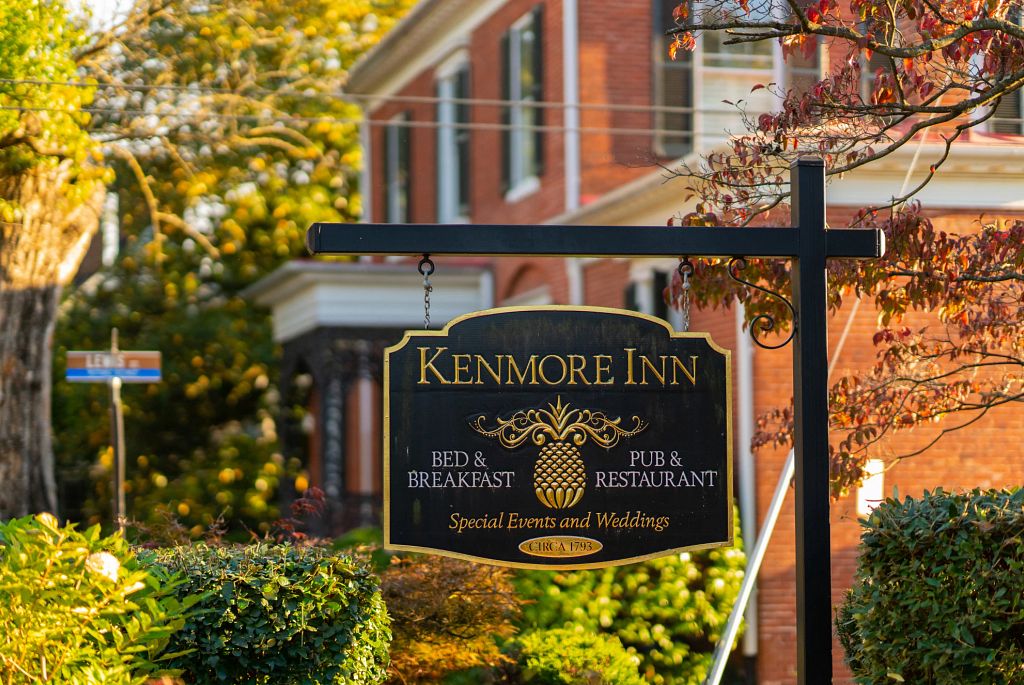 Stay at: The Kenmore Inn, starting at $135 per night

The Kenmore Inn may be a historic property, but this charming bed and breakfast offers all the comfort of a luxury hotel. Choose from one of their nine unique guest rooms and suites, each with their own private en suite bathroom. In the mornings, head downstairs to the inn’s highly rated restaurant for your complimentary breakfast, included in your overnight stay. This isn’t your typical hotel complimentary breakfast of dried cereals and toast; the restaurant serves a full, made-to-order breakfast menu in their upscale dining room each morning. Try their famous French toast, homemade with a French baguette in vanilla bean custard that is grilled then lightly dusted with powdered sugar and a generous topping of fresh strawberries. And if you’re in search of a nightcap after a long day exploring Fredericksburg, grab a drink in the Kenmore Inn’s pub, tucked away in the lower level of the inn. 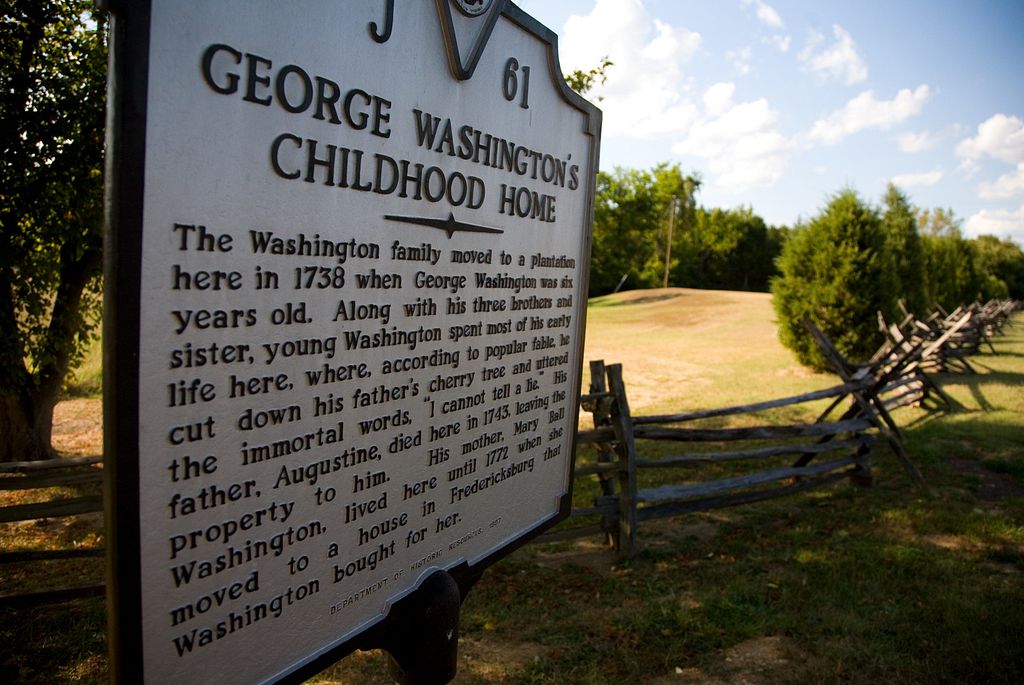 Arrive in Fredericksburg and begin your day at George Washington’s Ferry Farm, the childhood home of our first president. Rediscovered after decades of research, the site is considered one of the biggest archaeological finds for American history. While the home was destroyed after Washington’s ownership, historians were able to recreate it at the original location using documents and letters that described the home in specific detail. Unlike many other historic sites, Ferry Farm encourages visitors to touch and interact with the reconstructed furniture and goods, allowing you to get a firsthand feel for colonial living. 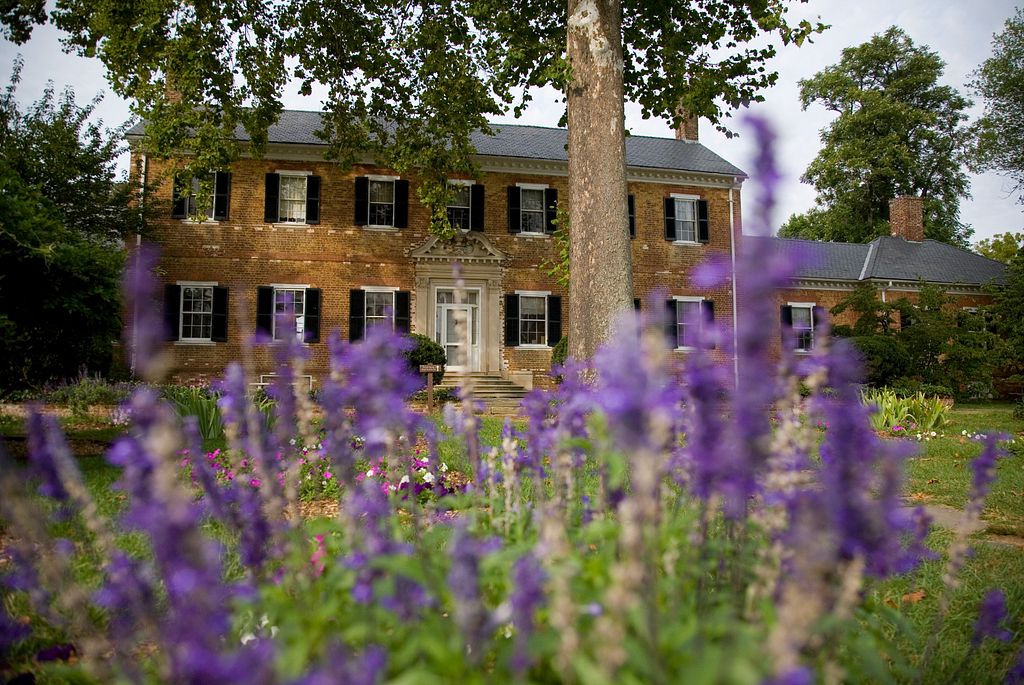 Drive back towards downtown Fredericksburg and make quick stop at Chatham Manor, an historic home that also provides incredible views of the city over the Rappahannock River. Built in 1771, the estate played a key role in the Battle of Fredericksburg during the Civil War, and today operates as the local headquarters for the National Park Service. Snap a few pictures from the backyard’s prime vantage point to commemorate your trip before departing. 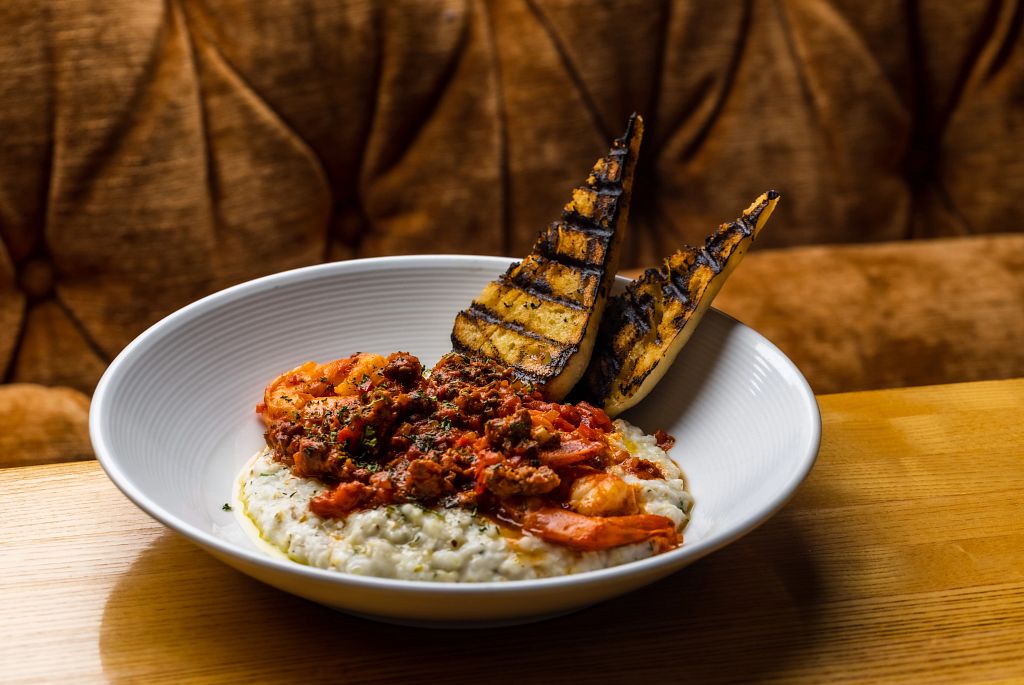 Grab lunch in downtown Fredericksburg at FoodE, a popular local restaurant that sources almost 90% of ingredients from nearby farms and purveyors. Chef Joy Crump is constantly inventing creative seasonal fare, but if you’re looking for a tried-and-true dish, you can’t go wrong with FoodE’s fried chicken. 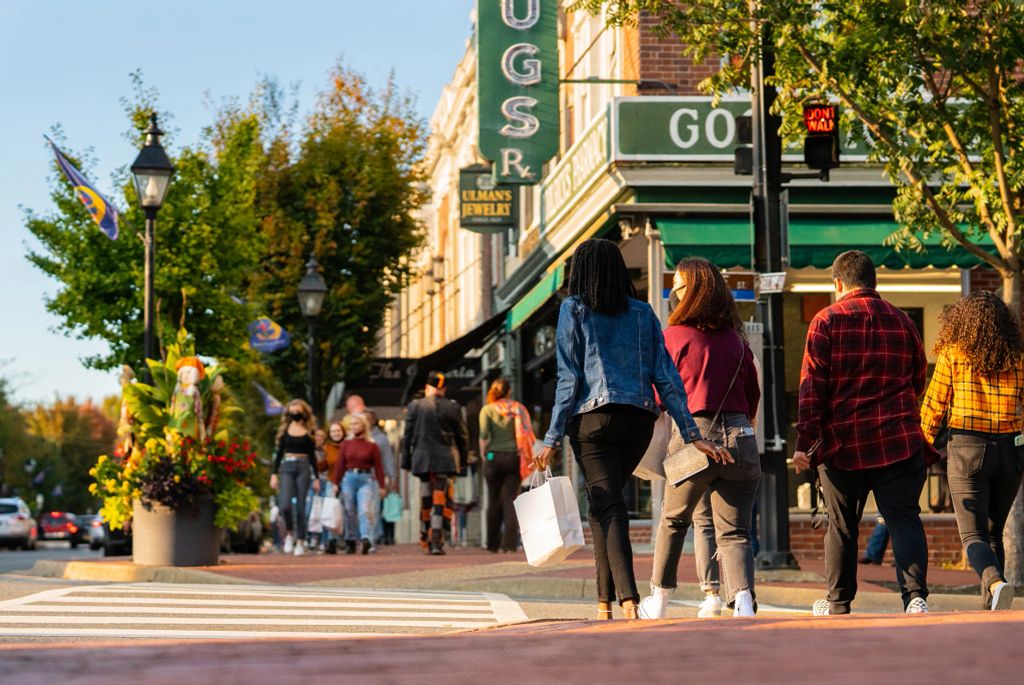 After lunch, walk around the downtown area of Fredericksburg, where you can browse local boutiques and specialty shops. Stop by Monkees of Fredericksburg for upscale women’s clothing and accessories, Ponshop Studio & Gallery for works from local artisans, and Sugar + Spruce to pick up homemade bath and body products in almost every scent imaginable (a few favorites were Tea & Ginger, Honeysuckle Kisses, and Sweet Roses). 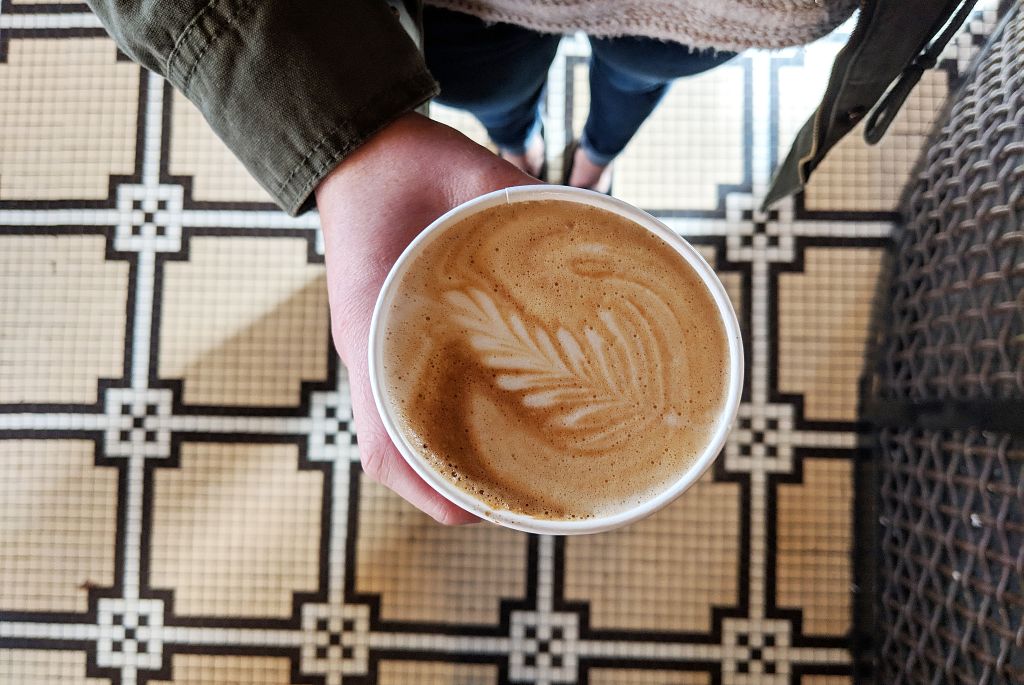 Board the trolley at the Fredericksburg Visitor Center for an historic tour. This 75-minute ride around Downtown Fredericksburg is narrated by a knowledgeable historian who shares stories of the battles that occurred in Fredericksburg during the American Revolution and the Civil War, famous residents who lived here (including a few U.S. Presidents!), and the historic properties along the city’s oldest streets.

Finish the tour back at the Visitor Center and continue to the Kenmore Inn, where you’ll check into your room for your weekend stay.

Hop in the car and drive north to Potomac Point Winery for a wine tasting. The Tuscan-style winery offers a Classic Wine Tasting or a Premier Wine Tasting option that lets you cater your tasting to your preferences. After finishing the tasting, head over to the D’Vine Lounge with a glass of your favorite wine. If you’re already feeling a little hungry, consider ordering one of their Artisan Cheese and Meat Platters, arranged to pair with either red or white wines. 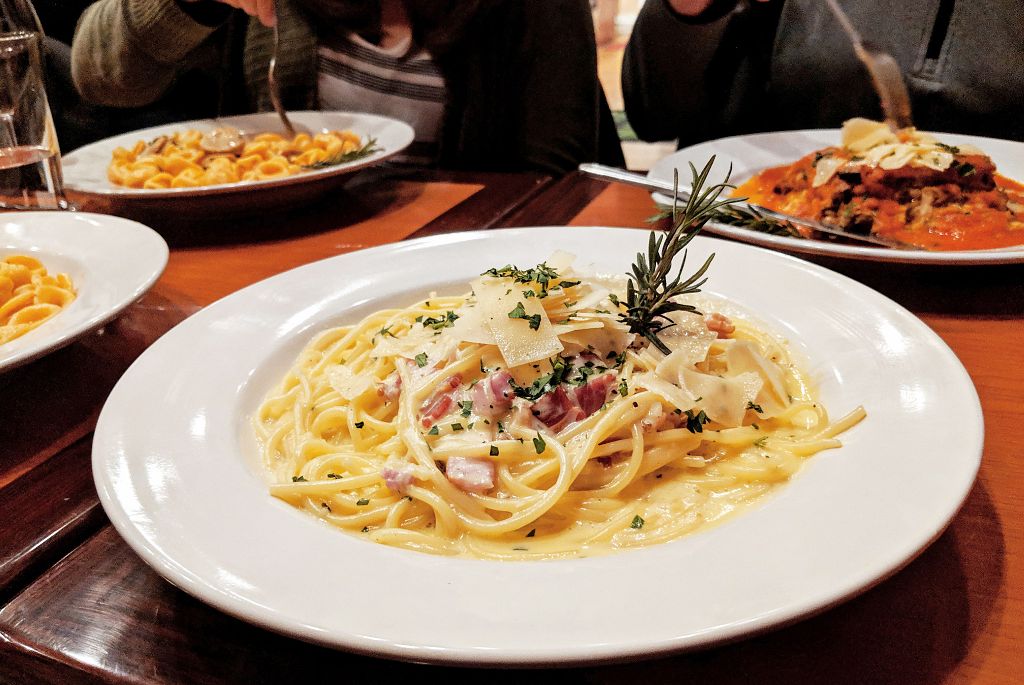 Return to downtown Fredericksburg and dine at Orofino Restaurant. This Italian bistro arranges the menu by the distinct regions of Italy but every pasta is homemade and absolutely delicious. We recommend trying the Spaghetti Carbonara, the Gnocchi al Pesto, or the Orecchiette Bari.

Finish the evening with drinks at Castiglia’s rooftop bar, where you can enjoy beautiful views of downtown Fredericksburg while sipping on a specialty craft cocktail.

Start your Saturday morning at Mercantile, the breakfast spot located in the same space as Chef Joy Crump’s FoodE. Chef Crump brings her signature twists to Southern breakfast favorites, resulting in dishes like the Bacon-Jalapeno Pinwheel, filled with cheddar, mozzarella, and jack cheeses, or the Poached Stone Fruit Waffle, a buttermilk waffle topped with poached seasonal stone fruit, citrus ricotta, toasted hazelnuts, and an elderflower citrus syrup. Complement these mouthwatering breakfast selections with one of their cleverly-titled morning cocktails (or as they called them, “Pour Decisions”) or try one of their house made shrubs in seasonal flavors like Pineapple Jalapeno, Peach, or Blackberry Lime. 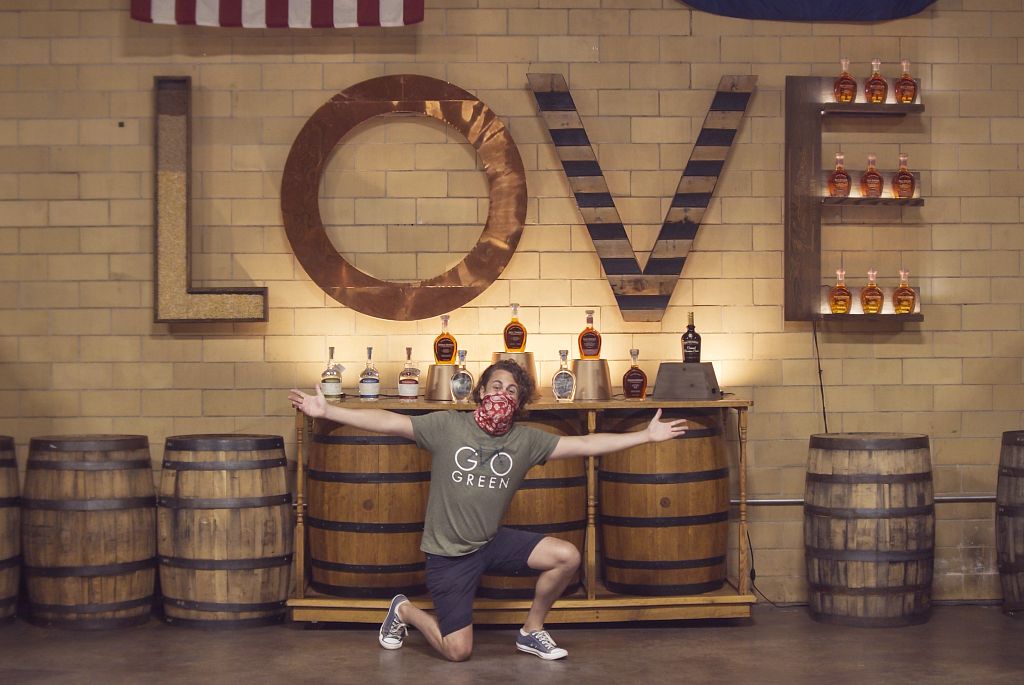 Next, head to the A. Smith Bowman Distillery for a free tour and tasting. The oldest continuously-running distillery in Virginia, they produce an assortment of small-batch spirits, including vodka, gin, and rum, but the main focus of the distillery is artisanal bourbons; in back-to-back victories, their bourbons won the “World’s Best Bourbon” title at the World Whiskies Awards in 2016 and 2017. During your tour, you’ll learn about the history of the Bowman brand, the family behind the legacy, and the behind-the-scenes process that creates their world-class spirits. The tour ends in the tasting room, where you’ll sample their latest releases in a small flight. Before leaving the distillery, take a picture in front of their gorgeous spirits-themed LOVEwork. 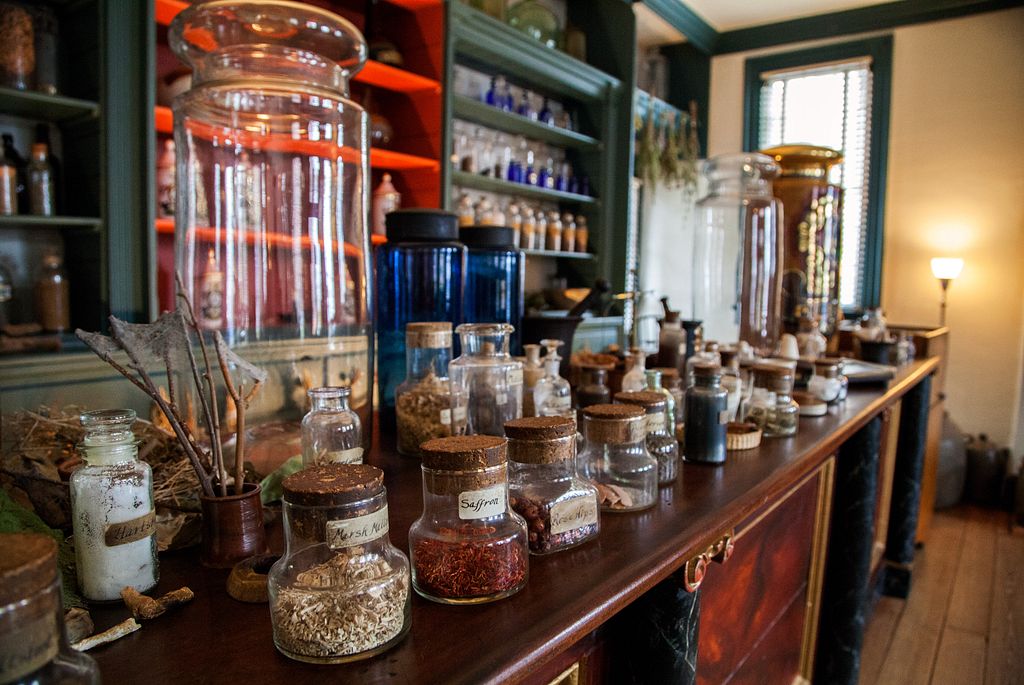 Dive back into the rich history of Fredericksburg at Hugh Mercer Apothecary Shop, a restored 18th century structure that showcases the popular medical treatments that were practiced by Dr. Mercer, a former Fredericksburg doctor that treated many famous patients in the late 1700s, including Mary Washington, the mother of George Washington. The museum’s historical interpreters show a wide array of Colonial herbs used as medicines, most of which were surprisingly effective for the time period, as well as medical instruments and, creepiest of all, a collection of live leeches that were known to have been used by doctors in the Colonial era. 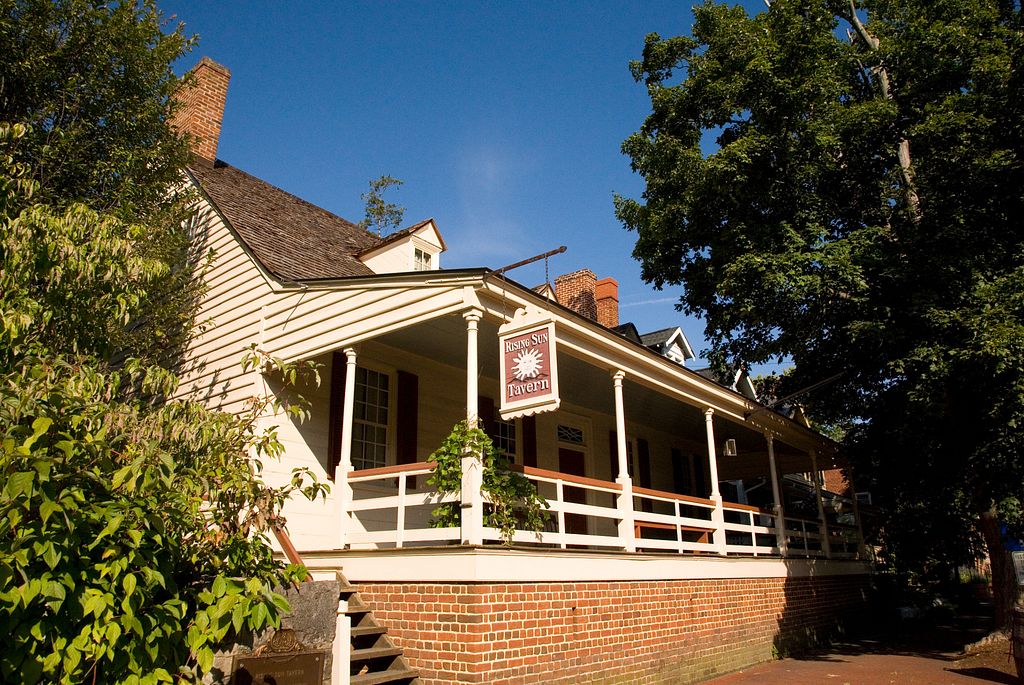 Continue the history lesson at the Rising Sun Tavern, built in 1763 as the home of Charles Washington, George Washington’s brother, then converted into a tavern in 1792. Tour the museum and get a look at how taverns functioned in the Colonial era (fun fact: tavern guests often slept over a dozen in one bed and typically only bathed during the months of July and August). Keep an eye out for any eerie activities, as the historic tavern is rumored to be haunted!

If you’re craving juicy burgers or thick deli-style sandwiches in a more casual setting, head to the Sunken Well Tavern for lunch. While the décor creates a low-key atmosphere, the food stands out in a big way. We suggest the “Burger of Your Dreams” option, selecting five toppings that are piled generously atop a perfectly cooked patty, or the Classic Reuben, made with ½ pound of tender sliced corned beef, homemade Thousand Island dressing, crisp Sauerkraut, and melted Swiss cheese on toasted Rye bread. For your side, the onion rings are not to be missed.

In addition to history, Fredericksburg has become known as a mecca for craft beer lovers. Begin your beer education at Highmark Brewery, located a few miles outside of the downtown area. The brewery resides inside of a nondescript shopping center, with an interior that maintains a simple and rustic atmosphere. The brewers at Highmark aren’t afraid to get creative, constantly coming up with inventive new brews for their customers to try in the tasting room. If it just so happens to be the first Saturday of the month, stick around for their big community “Block Party”, which features live music and local food trucks. 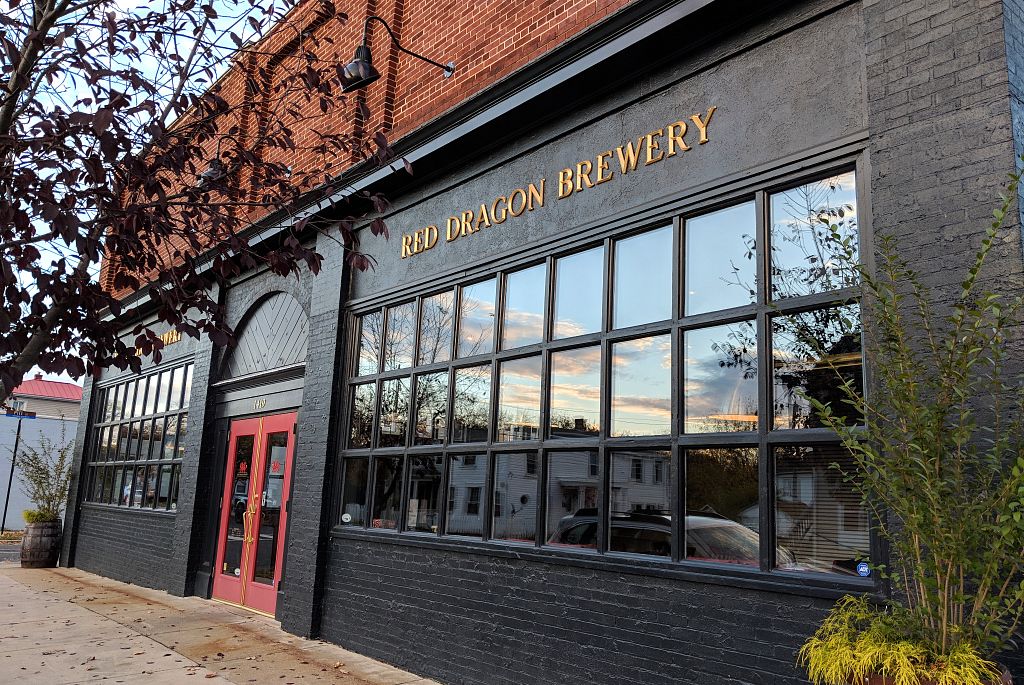 While there were many more to choose from, our final stop on the Fredericksburg brew tour was Red Dragon Brewing, whose name and logo reflect the owner’s Celtic heritage, particularly his ties to Wales. The brewery crafts a wide range of styles, including Red and Brown Ales, Imperial Stouts and Porters, Sours and Goses, and Barrel-Aged brews.

For an upscale meal at one of Fredericksburg’s most critically-acclaimed spot, get dinner at La Petite Auberge. The restaurant serves  European  fare  with  entrees  like  the Dijon Crusted Scottish Salmon or the  Seared  Magret  Duck  Breast. 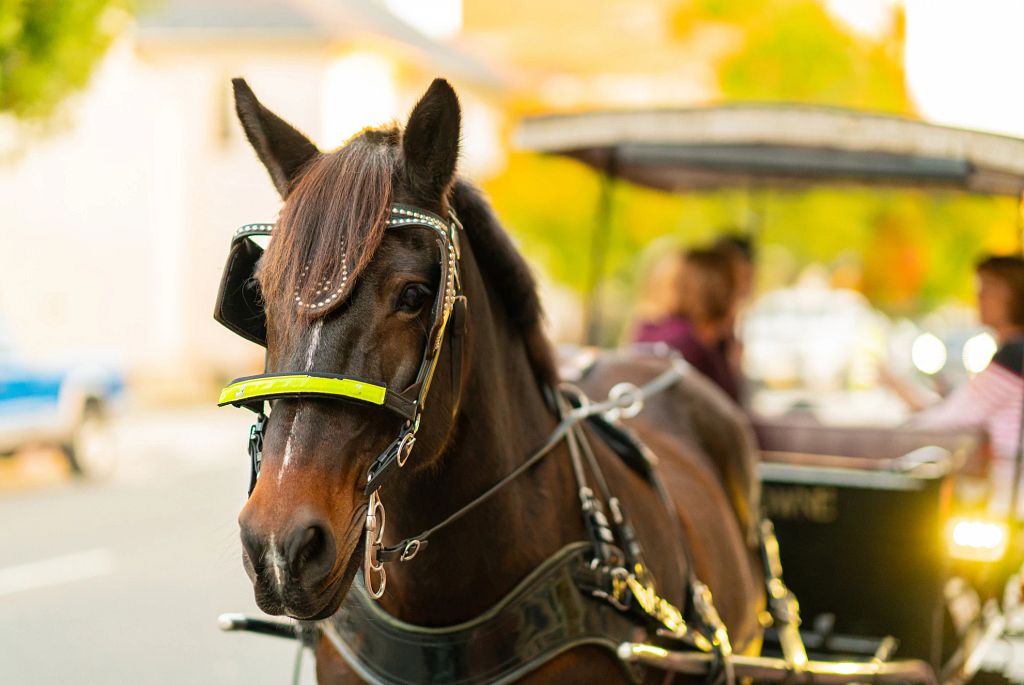 End the evening with a leisurely ride through the streets of downtown Fredericksburg with Old Towne Carriage. Depending on the time of year, the horse-drawn carriage service provides several historic tour options, including a “Witches, Murder, & Mayhem” tour leading up to Halloween and a “Jingle Bells” tour during the holiday season. 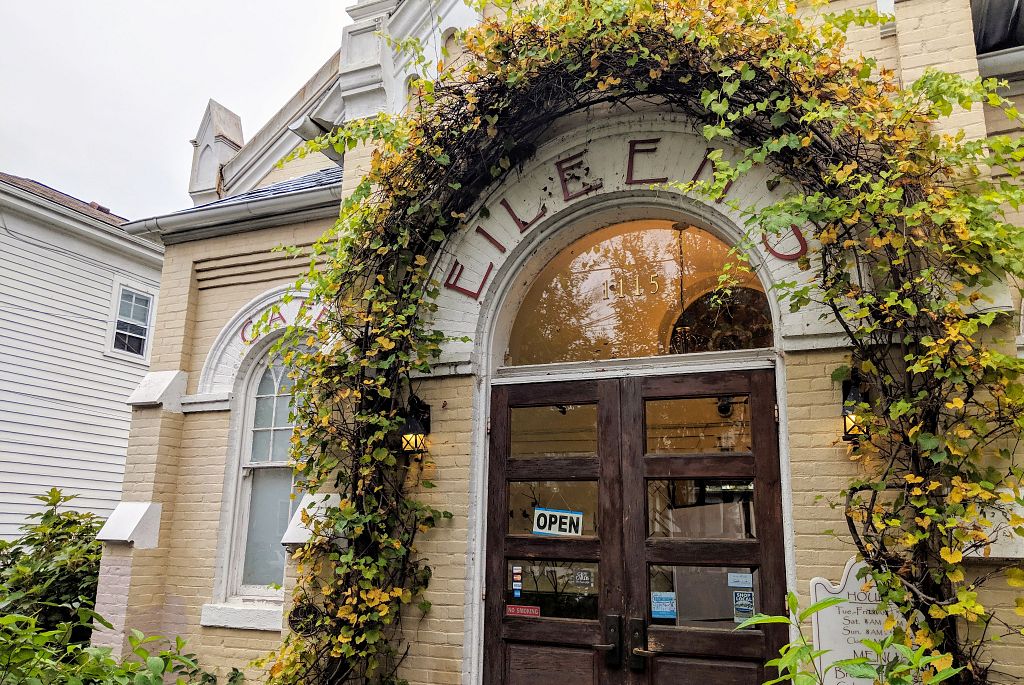 Check out of the Kenmore Inn on Sunday morning before getting breakfast at Eileen’s Bakery & Cafe. Choose from their huge selection of homemade pastries, breads, and desserts, all baked fresh daily, and consider pairing your meal with one of their specialty coffees, made to order by their in-house barista. 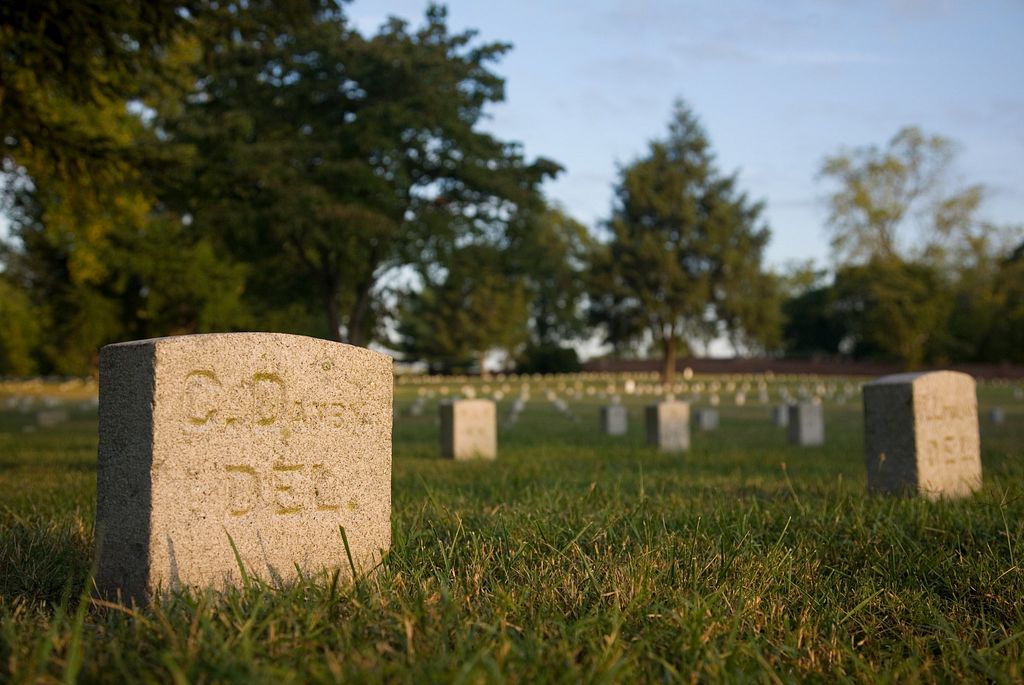 If you’re looking to squeeze in just a little more history before leaving downtown Fredericksburg, walk down Sunken Road of Fredericksburg Battlefield, the site of one of the most gruesome battles of the Civil War. The stone wall running along the road provided a fortified position for Confederate troops, who fired upon the advancing Union army during a brutal battle, leading to heavy Union casualties. 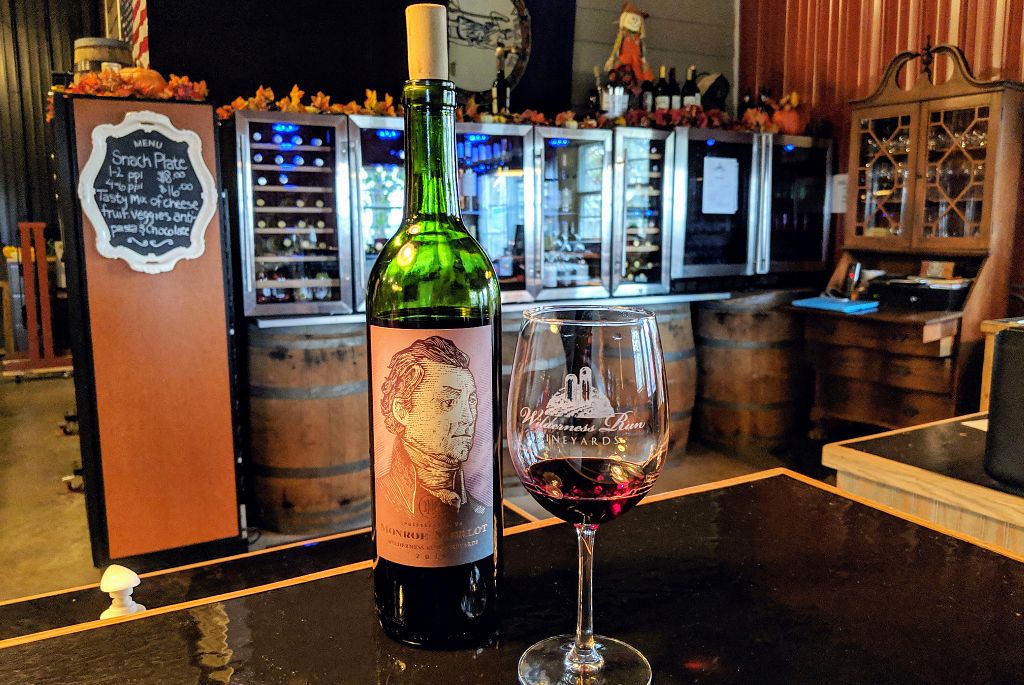 Continue to Wilderness Run Vineyard, a farm vineyard and tasting room located on the rural lands outside of Fredericksburg. The winery produces several unique lines of wines; the sweeter line of “country” wines that are made with fresh peaches and other seasonal fruits, the “Estate” series bottled only during the best crop years, and the “Historic” French-style line produced in partnership with local historians and museums.

For those that prefer Virginia craft beer to wine, you’re in luck. Connected to the winery, 1781 Brewing Company is the latest venture from the owners of Wilderness Run. They focus on brewing Belgian, French, and German-influenced Farmhouse Ales, naming the resulting craft beers after historic figures of the Revolutionary War, like the Lafayette Saison, Washington’s Hare Honey Porter, and the Von Steuben Kolsch.

Looking for more travel ideas around Virginia? Below are a few more 72-hour guides to help you plan your next visit.