Virginia is the Oyster Capital of the East Coast, with over 40 million oysters sold each year since 2016, and if you have ever had a Virginia oyster, you know what all the fuss is about. These tiny yet tasty delicacies can be served raw, steamed, baked, fried, roasted…there really is no wrong way to cook oysters!

But while many people may know how to eat them, not everyone knows what makes the oysters harvested in Virginia so special. The answer is simple: Product diversity and quality. The watermen of Virginia have been harvesting oysters in their respective regions for generations, passing down their knowledge to the younger family members as they learn new tricks of the trade. With this growing skill set, harvesting the best oysters is second nature to the latest generations of Virginia watermen.

From salty to sweet, buttery to briny, Virginia’s oysters taste just like the waters they came from– whether it’s the mighty Rappahannock, the Chesapeake Bay, or the Atlantic Ocean. Virginia boasts eight oyster regions that produce eight distinctive flavors. So go ahead, do a taste test to find your favorite Virginia oyster flavor!

THE HISTORY OF WATERMEN & OYSTERS IN VIRGINIA The story of Virginia watermen goes back thousands of years to when Native Americans fished the waters of the Bay, but the more recent and notable oyster history can be traced to John Smith and the English settlers that arrived in 1609. One early Virginia resident noted, “Oysters there be in whole banks and beds, and those of the best. I have seen some thirteen inches long.” The conditions of the Bay during that time were perfect for oysters, with the salty Atlantic Ocean water mixing with the freshwater of the rivers that emptied into the Chesapeake Bay. The water conditions and the low population along the Bay created an ideal balance for the oysters to grow uninhibited. Unfortunately, 19th century population growth and 20th century pollution drastically affected the oyster beds of the Chesapeake. By the 1980’s, the once-abundant seafood dish became scarce and virtually inedible.
In the early 2000’s, a group of Virginia watermen, scientists, environmental agencies, and federal officials met to discuss a plan for saving the Bay’s oyster business. They began working to clean up the Chesapeake Bay and reintroduce healthy oysters once the water was clean. Today, these efforts have led to a sort of oyster renaissance in Virginia, and you can find plump, mouthwatering examples of their success at restaurants throughout the East Coast. Depending on where they are harvested along the shores of Virginia, you may get very differing tastes when dining on oysters from the Bay, even though they are all the same species (Crassostrea Virginica). With the introduction of the Tangier/Middle Chesapeake Bay oyster region on July 21, 2016, there are now eight distinct oyster regions in Virginia, each with a unique flavor. Are you a briny fan or do you lean towards sweeter oysters? The flavor of Virginia’s Oyster is unique to the region (a concept called “merroir,” similar to the wine concept “terroir”). These exceptional tastes range in salinity, creaminess, and sweetness. Use these characteristics to discover the oysters that best fit your taste buds. 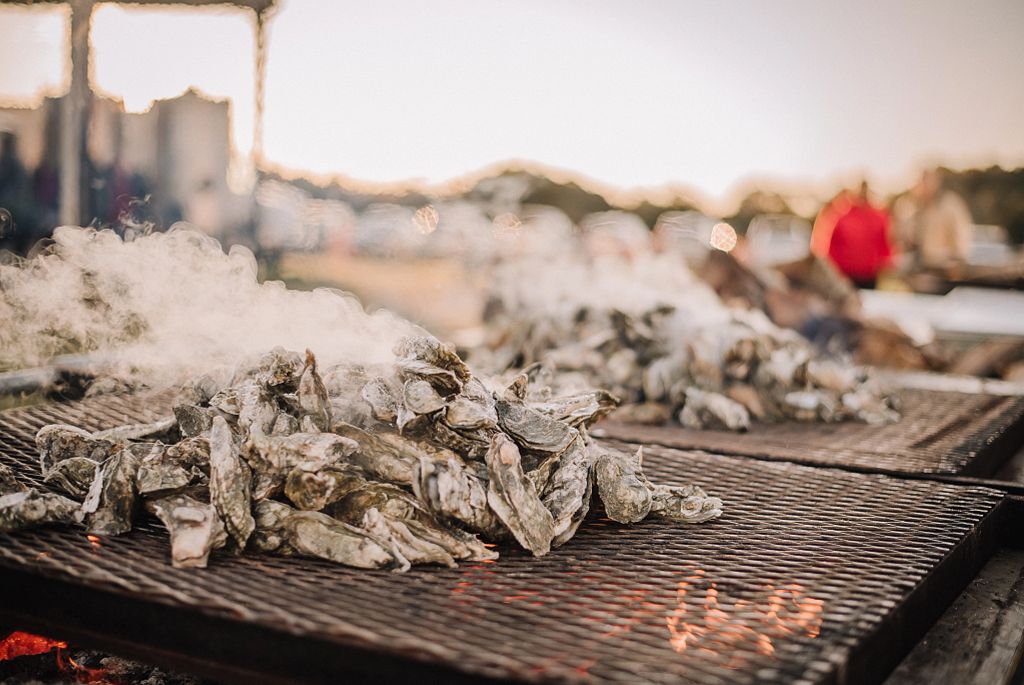 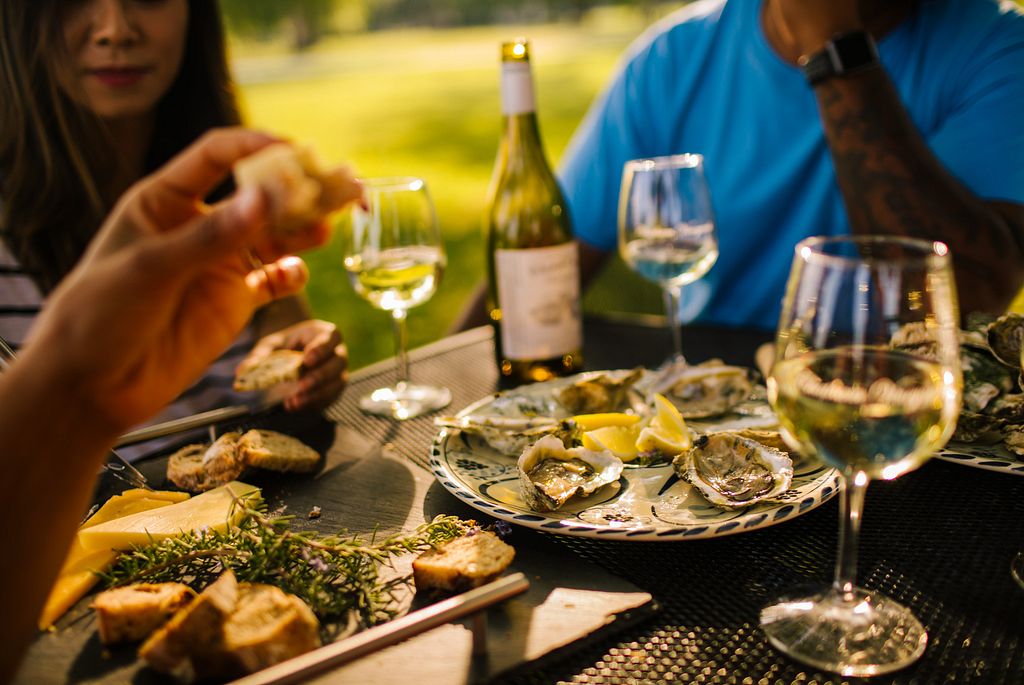 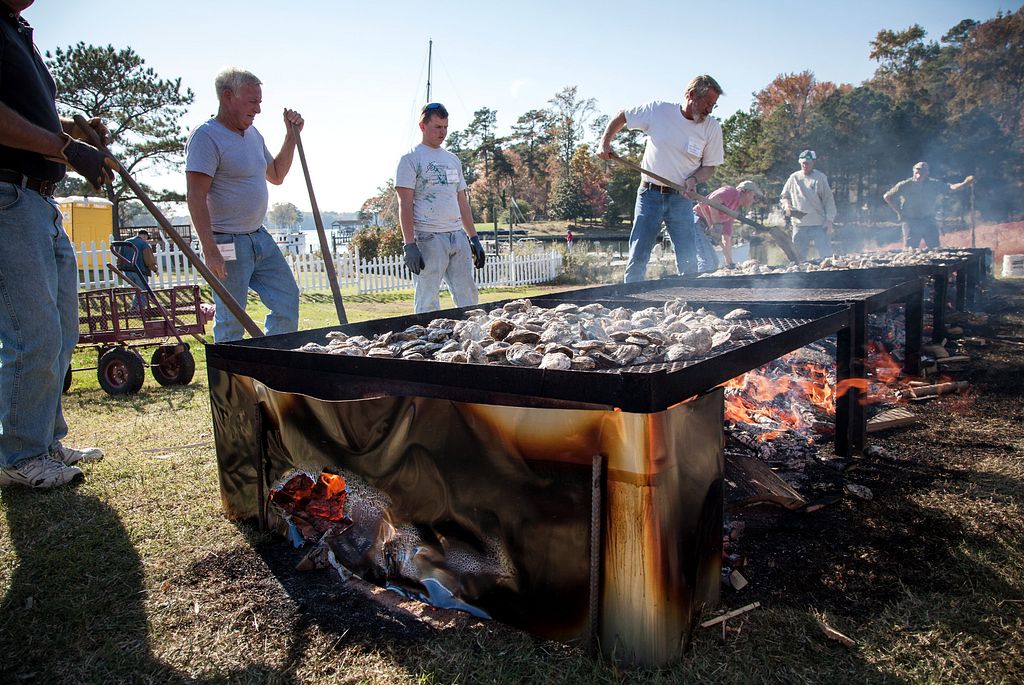 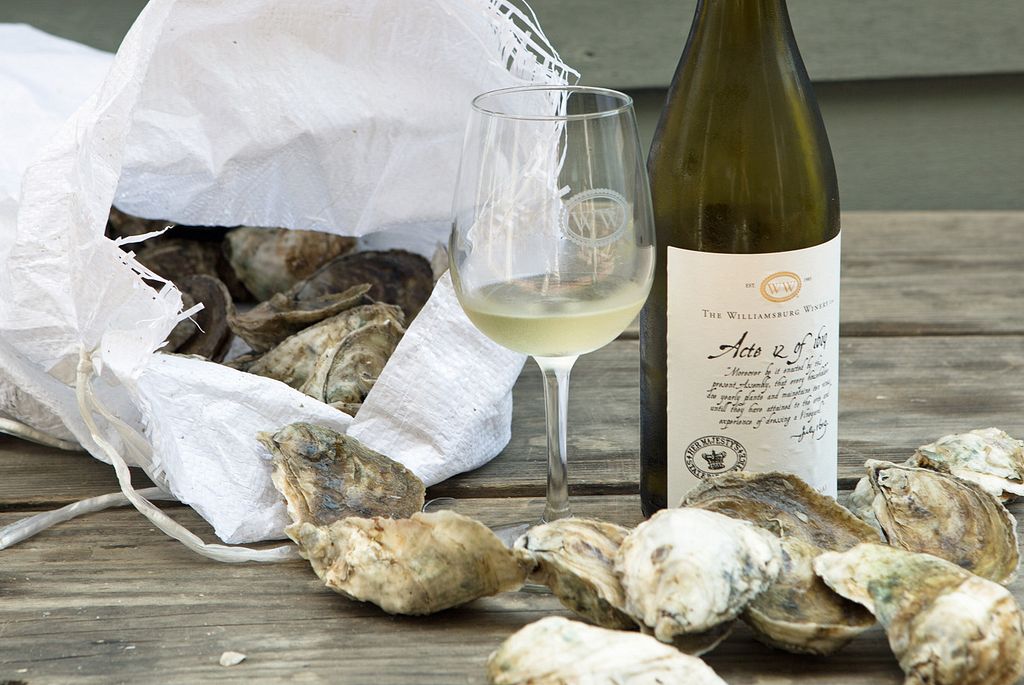 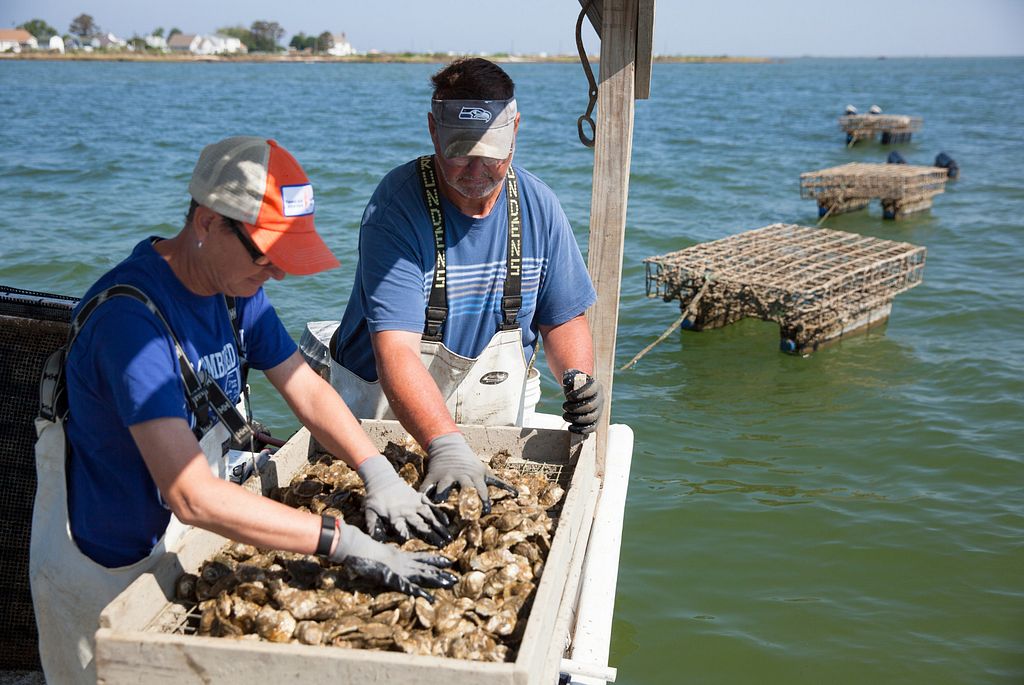 Where They Are Found: Tangier Island and the North Central part of the Chesapeake Bay.
Flavor: Traditional Virginia Bay Oyster flavor with a balance of salt and sweet, and a savory butter/cream finish.
Common Types: Tangier Sound Oysters
Suggested Wine Pairing: Glass House Winery—Viognier
Order Them Here: Shagbark in Richmond

In addition to getting them fresh at the locations listed above, you can tour the oyster regions firsthand with one of these seafaring Virginia oyster companies:

Merroir’s Outdoor Oyster Grill—Visit Merroir for the ultimate oyster tasting room experience. Featuring the celebrated farms of Rappahannock Oyster Company, the oyster are served to your preference, either raw or cooked on their outdoor grill, then expertly paired with Virginia craft brews and wines. Pleasure House Oyster Farm’s Picnic in the Water—Sign up for the Chef’s Table Tour at Pleasure House Oyster Farm. Hosted by Captain Chris Ludford, owner and oyster farmer, this is a dining experience you won’t soon forget. Stand knee-deep in the waters of the Lynnhaven River (don’t worry, they provide the waders to keep your feet dry!) as you savor oysters plucked right from your feet at the in-water picnic table.

There are many more oyster festivals,  restaurants, and tours throughout the Commonwealth, and if you consider yourself a true oyster aficionado, use this article as a must-visit checklist rather than just a resource for dinner.